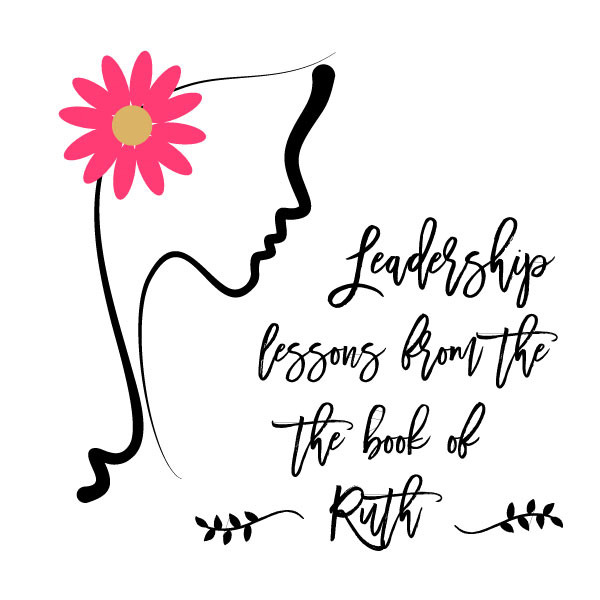 The name Ruth means “friendship.” Ruth was the wife of Boaz, daughter-in-law to Naomi.

The Book of Ruth is the story of a woman whose devotion and loyalty provide an inspiring picture of faith and resilience. Ruth’s faithfulness to God brought her many blessings. As you read the story, you will find Ruth comes from a place of despair–losing her husband–to a place of hope and restoration.

This article was written by Guest Blogger, Courtney Rice. An experienced writer and editor, Courtney has five years of publishing experience. She is a co-writer of children’s books and currently serves as librarian and teacher in a private Christian school. Courtney received her BA in English and a MS in Library and Information Science. I hope you enjoy her article!

The Book of Ruth provides five lessons on what it’s like to be a true leader.

As Naomi pointed out, Ruth was free to leave her mother-in-law after the death of her husband. In fact, Ruth’s sister-in-law, Orpah, chose to leave:

But Ruth makes a different decision, revealing not only her dedication to her mother-in-law, but her dedication to the God of Israel (As Naomi noted, Orpah was returning to her “gods,” not to the one true God).

“But Ruth replied, ‘Don’t urge me to leave you or to turn back from you. Where you go I will go, and where you stay I will stay. Your people will be my people and your God my God. Where you die I will die, and there I will be buried. May the Lord deal with me, be it ever so severely, if even death separates you and me.’” Ruth 1:16-17 (NIV)

Ruth made a huge sacrifice by refusing to return to her family of origin. Her commitment to stay with Naomi was a selfless and beautiful act, and a vivid example to everyone who wants to know and represent the true, sacrificial love of Christ.

Lesson 2: Even in the most devastating of times, there is hope for us if we follow God.

Ruth had lost her husband and her brother-in-law, and had moved away from her home. She did not know what she would do next, or how she would take care of herself and her mother-in-law.

“Now Elimelek, Naomi’s husband, died, and she was left with her two sons. They married Moabite women, one named Orpah and the other Ruth. After they had lived there about ten years, 5 both Mahlon and Kilion also died, and Naomi was left without her two sons and her husband.” Ruth 1:3-5 (NIV)

Because of Ruth’s resolve, she was able to help her mother-in-law and play a part in the lineage of Christ. Despite the hardships she initially endured, Ruth’s life became a beautiful story.

“The women said to Naomi: ‘Praise be to the Lord, who this day has not left you without a guardian-redeemer. May he become famous throughout Israel!’” Ruth 4:14 (NIV)

Lesson 3: In order to follow God, you have to take initiative!

Ruth knew that she could not wait around for something to happen to her. She understood that she was in a difficult situation that required action.

“And Ruth the Moabite said to Naomi, ‘Let me go to the fields and pick up the leftover grain behind anyone in whose eyes I find favor.’” Ruth 2:2 (NIV)

As Christians, we can sometimes become paralyzed by over-spiritualization. Sometimes we are so focused on praying or hearing from God that we miss the situations in which God actually wants us to take a step. Ruth knew little about the twists and turns her path would take, but she took the best information she had, made a choice, and followed through. It is this kind of stepping out in faith that makes us stronger and helps us to experience more of what God has for us.

Lesson 4: Hard work is an essential part of faith.

One of the most important aspects of following Christ is accepting the reality of hard work. Ruth showed her dedication by being willing to work hard all day long, for as long as it took to get the job done.

“She said, ‘Please let me glean and gather among the sheaves behind the harvesters.’ She came into the field and has remained here from morning till now, except for a short rest in the shelter.” Ruth 2:7 (NIV)

Lesson 5: Persistence and faithfulness are always worth it!

Ruth’s faithfulness was noticeable, even when she didn’t realize it. Several times throughout her story, Ruth was praised by Boaz for her character:

“Boaz replied, ‘I’ve been told all about what you have done for your mother-in-law since the death of your husband—how you left your father and mother and your homeland and came to live with a people you did not know before.’” Ruth 2:11 (NIV)

“And now, my daughter, don’t be afraid. I will do for you all you ask. All the people of my town know that you are a woman of noble character.” Ruth 3:11 (NIV)

You may still be struggling and working hard, feeling that your very best efforts are going unnoticed. But remember this–God sees what you are doing, and other people are probably seeing it too. It may take time, but nothing you are doing will be done in vain when you do it for Him. Remember that God is not finished with your story yet!

Disclosure
« DO YOU HAVE A JEZEBEL SPIRIT?
MARY AND MARTHA: A LESSON LEARNED »

END_OF_DOCUMENT_TOKEN_TO_BE_REPLACED

If your circumstance does not align with God’s W

Did you know the term “love” appears in the Bi

This idea is particularly true with those of us wh

If your circumstance does not align with God’s W

Did you know the term “love” appears in the Bi

This idea is particularly true with those of us wh

Godly boundaries allow us to live life with intent

Maybe the first thing that came to your mind was y

Are you ready to set some boundaries? Are you prep

Jesus refused to give in to the demands of the wor