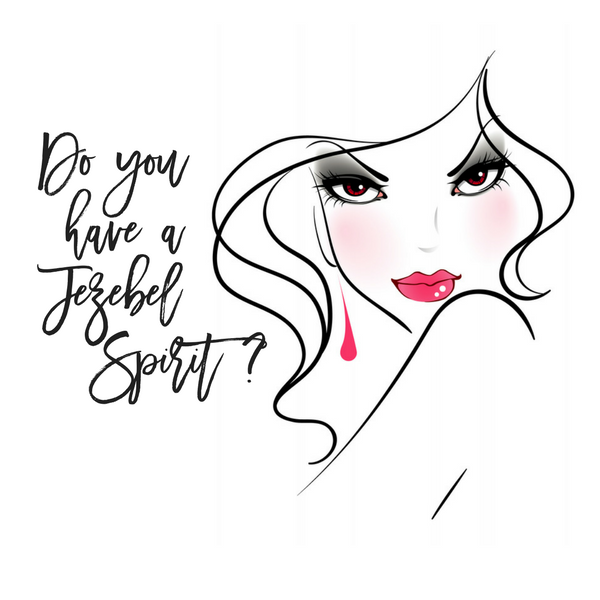 DO YOU HAVE A JEZEBEL SPIRIT?

Let me take a moment to expand on this question. A Jezebel Spirit is a spirit of deceit, manipulation, and idolatry. Jezebel is labeled as a she-devil, a woman who resembles the devil in character. A she-devil represents a wicked, despiteful, malicious woman. I define a Jezebel Spirit as an evil spirit, one who spreads dissension and ill will among those around her. Today we would describe a Jezebel Spirit as toxic!

The translation of Jezebel means the “Prince Baal exists.” The Hebrew translation is “without cohabitation.” Jezebel is defined as one who does not or will not live with others. A Jezebel Spirit is one of divisiveness; a spirit that thrives on dissension to conquer those around her to gain power and control.

“For where you have envy and selfish ambition, there you find disorder and every evil practice.”

The Bible refers to Jezebel 1 and Jezebel 2, while my focus is on Jezebel 1 there are similarities of the women mentioned in the New and Old Testament. In the New Testament, Jezebel was a woman described as an immoral false teacher and an idol worshipper. She encouraged everyone around her to engage in sin.

Jezebel was married to King Ahab, King of Northern Israel. She has been described as a “religious woman who spread idolatry throughout Israel.” Unfortunately, Jezebel dominated King Ahab, which led to the fall of Israel because of her schemes and evil ways. Jezebel was the opposite of the Proverbs 31 woman!

Sad to say, Jezebel never repented for her actions and died a terrible death for her sins. She was the source of misery and pain for many people through her manipulation and coercion. She used domination and seduction to control others while rewarding her followers for their loyalty. Jezebel was feared due to her ruthless ways. As a nation suffered at the hands of King Ahab and Jezebel, God declared judgment on them due to their absence of repentance.

When reading of their fall, I remind myself of the verses from 2 Thessalonians where the Apostle Paul wrote a letter to the church encouraging them to pray and apply God’s word daily. These verses encourage us to be vigilant in our walk and to be cautious of the lies and deception of the deceitful.

“All this is evidence that God’s judgment is right, and as a result, you will be counted worthy of the kingdom of God, for which you are suffering. God is just: He will pay back trouble to those who trouble you and give relief to you who are troubled, and to us as well. This will happen when the Lord Jesus is revealed from heaven in blazing fire with his powerful angels. He will punish those who do not know God and do not obey the gospel of our Lord Jesus. They will be punished with everlasting destruction and shut out from the presence of the Lord, and from the glory of his might on the day he comes to be glorified in his holy people and to be marveled at among all those who have believed. This includes you because you believed our testimony to you.” 2 Thessalonians 1:5-10

Character Traits of a Jezebel Spirit

Below are ten of the more prominent character traits of a Jezebel Spirit.

We must be vigilant in defeating the Jezebel Spirit by claiming words of truth over ourselves, our families, our sisters, and our churches. The Jezebel Spirit can slowly invade a relationship, family, community, and church. The appeal today can be in the form of money, New Age religion, celebrities, or politicians – anyone with perceived power. To worship anyone or anything in place of God is a form of idolatry. Therefore, let us come together in praise and worship, bowing our heads in prayer as we pray against the Jezebel Spirit!

“The one who enters by the gate is the shepherd of the sheep. The gatekeeper opens the gate for him, and the sheep listen to his voice. He calls his own sheep by name and leads them out. When he has brought out all his own, he goes on ahead of them, and his sheep follow him because they know his voice. But they will never follow a stranger; in fact, they will run away from him because they do not recognize a stranger’s voice.” John 10:2-5 (NIV)

END_OF_DOCUMENT_TOKEN_TO_BE_REPLACED

Look to Jesus. See the way He led. He was God in t

“The Spirit of God, who raised Jesus from the de

Have you ever wondered how you can become a better

Look to Jesus. See the way He led. He was God in t

“The Spirit of God, who raised Jesus from the de

Have you ever wondered how you can become a better

It's easy to get sucked into the distractions of t

It's the Sabbath, a day of rest. We don't HAVE to

First, we must realize that God gave us our gift.

Look through the pages of the Bible and you will f